We thank many people for attending the fifth edition of our event. It took place at KDDI Web Communications last Friday, and included a panel discussion by two gurus of Japan’s social app developers.

At the panel discussion, we could proudly invite Mr. Hironao Kunimitsu of Gumi and Mr. Taisei Tanaka of Geisha Tokyo Entertainment who are the best persons to talk about Japan’s social app business.  There were a number of attendees for the precious opportunity.

We were concerned if there would be sensational phrases at the panel, and intended to stop the live streaming.  However, both of the panels were kindly agreed that we continued.   Cerebrating our first event in this year, they brought us a great talk involving latest technology topics and entertained us just like a comedy.   We also wish to thank Anri Samata who have moderated the talk in a very lively way.

In the lightening talk session, Ryo Umezawa from Pido presented a new Twitter service that allows to leave your voices online, and Mutsumi Ota presented his service Giftee that allows to send a REAL gift to someone via Twitter.   Haruka Meira from Ohma introudced a cloud fundraising service called “Ready For?”, Kohei Ishida from Hyper Internets presented Campfire, and Kazu Watabe introduced his social fundraising platform called Grow!.

TechCrunch Japan reported the session here. (in Japanese)
Campfire was featured in this story on Asiajin.

Awabar, a Roppongi’s standing bar getting high popularity among tech people, presented a bunch of tasty Belgian beer and coupons for free drinks at the bar.   We wish to thank Awabar for sponsoring us and for their support.

This edition was fulfilled with social media-related topics. we will do more to develop the best place where entrepreneurs and developers can meet.   Please look forward to the next event. 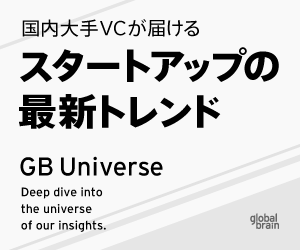 A happy new year.   Startup Dating will have its 5th edition next.   We promise you to commit to keep providing good opportunities to meet for Japanese tech community, and would like you to support us…

It’s time once again to bring all of the tribes together for our annual TechXmas event, aka: Tokyo’s Biggest Tech Party Ever. We have nailed an Awesome Venue for the 2010 gig with a larger…